Without getting all political, it seems like our world has gotten way too gossipy. It used to be that only teenage girls and the elderly sat around gossiping. Now, it’s become America’s favorite pastime.

With all the hours we put into our jobs and caring for our families, it’s amazing that so many people have sooooo much free time on their hands. Can you imagine if all that free time was spent, say, volunteering rather than trolling the Internet?

Or am I the only one who remembers being told, “if you don’t have anything nice to say, don’t say anything at all?!”* 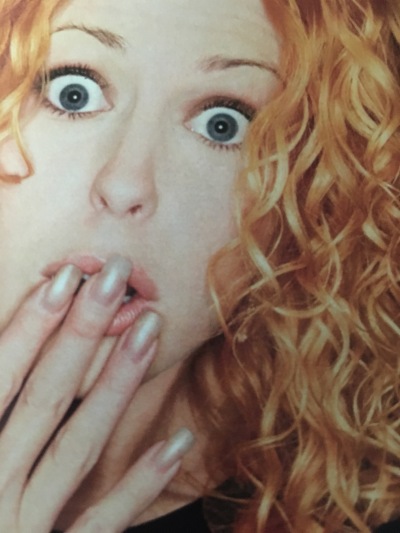 Did you know a smile can increase your face value? Well, not really, but I’ve got your attention now don’t I?

So much can be read in a person’s face – their happiness and sorrow; their shock and surprise. When we attempt to cover up our feelings, we are doing an injustice not only to the person we’re conversing with but also to ourselves.

Even though the world, at times, seems like it’s spinning out of control, just take a moment to breathe… and smile!*

There are no calories:

Age really is a state of mind: 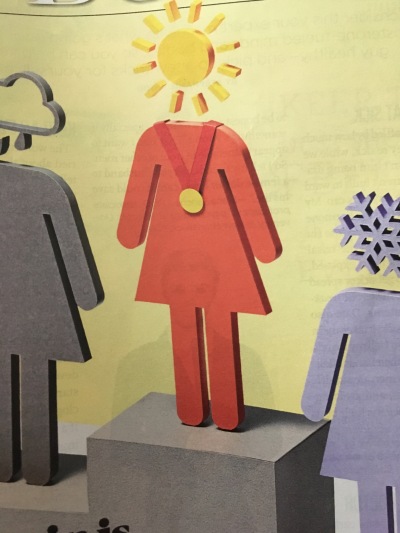 Three sisters, ages 92, 94 and 96, live in a house together. One night the 96 year old draws a bath. She puts one foot in and pauses. She yells down the stairs, “was I getting in or out of the bath?”

The 94 year old yells back, “I don’t know, I’ll come up and see.” She starts up the stairs and pauses. Then she yells out, “was I going up the stairs or down?”

The 92 year old is sitting at the kitchen table having tea and listening to her sisters. She shakes her head and says, “I sure hope I never get that forgetful.” She ‘knocks on wood’ for good measure and then replies, “I’ll come up and help both of you as soon as I see who’s at the door!”

Ever notice that there are more new drugs on the market every day? And just the side effects, alone, can make your pulse quicken. In 2016, we should be curing diseases not still suffering from them. Why is healthy, affordable living so out of our reach?

Watch any black and white film (and even most current ones) and there’s not an actor to be found without his/her lips wrapped around a cigarette. People sometimes have to work at jobs surrounded by carcinogenic substances because that’s all they are qualified to do. We can’t start living in bubbles so what’s a person to do?

It’s true, for the most part, that we are living longer but we’re not fully prepared to care for our loved ones when they reach those new stages of life. Once upon a time, your grandmother might have lived with you and helped raise you while your parents worked. Don’t these same selfless people deserve our love and support? Not everyone can afford to take on that responsibility but… isn’t it worth looking into other options?

It’s not unusual to see multiple videos on social media showing stray animals being rescued and given another chance at life. Shouldn’t we do at least that much for our elders?!

For all of these years, he had never thought about the box but, one day, the little old woman got sick and the doctor said she would not recover.

In trying to sort out their affairs, the little old man took down the shoebox and took it to his wife’s bedside.

She agreed that it was time that he should know what was in the box. When he opened it, he found 2 crocheted dolls and a stack of money totalling $95,000.

He asked her about the contents. “When we were to be married, my grandmother told me the secret to a happy marriage was to never argue. She told me that if I ever got angry with you, I should just keep quiet and crochet a doll.”

The little old man was so moved he had to fight back the tears. Only 2 precious dolls were in the box. She had only been mad at him 2 times in all those years of living and loving. He almost burst with happiness.

“Honey,” he said, “that explains the dolls but what about all of this money? Where did it come from?” 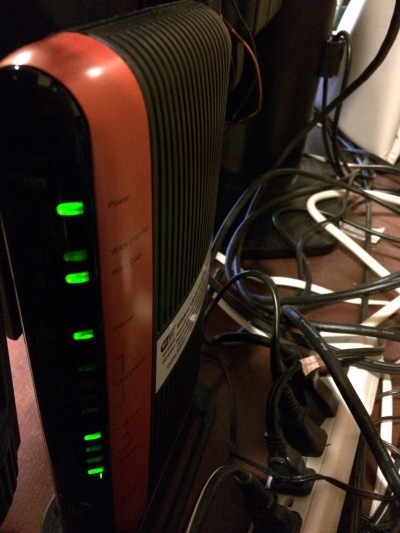 Last night, I innocently showed my Dad a video on my phone. Granted, he couldn’t actually see it but he heard it and was able to get the gist of its content. This morning, he told me he had a restless night because he couldn’t stop thinking about that video.

Because I know how my Dad’s mind works (most of the time), I was able to decipher that what bothered him was not so much what he had heard but, rather, that I was able to access it. He was concerned about how and when I managed to ‘get into this person’s house and possessions.’ The fact that anyone at anytime has free and clear access to the ‘Internet’ and all that that entails, is beyond his comprehension.

I would imagine that, to his mind, I am someone akin to an Edward Snowden for his generation. All kidding aside (and, yes, I am most definitely kidding), I  am much less computer savvy than even MY contemporaries. So I can, truthfully, see how confusing that must have seemed to him.

But his mind, nonetheless, went immediately to his own privacy and he just couldn’t shake the idea that ‘big brother’ was now watching him. I tried not to insult him by explaining that no one was looking into his past – not the time he argued with his classmate at the bus stop and not the time he drove a few miles over the speed limit when Carter was president.

Unfortunately, what started out as a simple means of sharing (what I considered to be) interesting information turned into an eye-opening, educational lesson for us both!

I’m all for full disclosure and share and share alike. But there are exceptions. Keeping the bathroom door open during use is one. Asking your grown daughter to remove an unsightly and ever-annoying piece of nose hair is another. I mean… seriously? That’s a job neither your barber nor your doctor want any part of.

Privacy is a funny thing. A toddler exhibits no understanding of boundaries when he rushes, head first, into his parents bed in the middle of the night – having no clue as to why mommy and daddy are playing ‘doctor’ when they should be sleeping. A parent will insist that a pubescent teenager’s bedroom door remain open during any and all ‘study’ sessions.

Yet some things are just better left unknown – unseen and unheard. Deeply disturbing sights and sounds (horrific crashes or parents having sex) can stay permanently etched in the recesses of your mind. Freedom to come and go as you please is a wonderful privilege. But a door is there… for a reason!

Last night I was having a conversation with my Mom at the dining table. I happened to sit down on ‘Dad’s’ chair because it was the closest one (and unoccupied at that particular moment). I had barely begun speaking when my Dad approached and asked me why I was sitting in ‘his’ chair.

“Because,” was my very grown-up answer. An answer, mind you, that my kids had given me countless times when they were younger. A perfectly ‘non-answer’… An answer telling me exactly nothing… Not even close to an answer and certainly not a complete sentence or even a complete thought.

My point, and I do have one, is that I wouldn’t purposely take his chair. Nor would I be particularly upset about getting up out of his chair… Except for the fact that, no sooner had I gotten myself up and moved to another chair, he didn’t even sit down. Not in his chair, not in my chair, not a green chair, not a blue chair (sorry, couldn’t help myself).

Well, he did sit down but not in the aforementioned chair. He took the chair on the other side of the table and turned it sideways so he could see and hear the tv from less than a foot away. So why exactly did I need to get up?

I guess it’s something we never really outgrow – that need to call things our own. We don’t like to share our toys with other kids when we’re toddlers or what we did at school that day with our parents when we’re teens. We hate sharing our feelings with our significant others when we’re dating/married and definitely won’t share our self-assigned dining chair with anyone, at anytime or for any reason. Just… because!